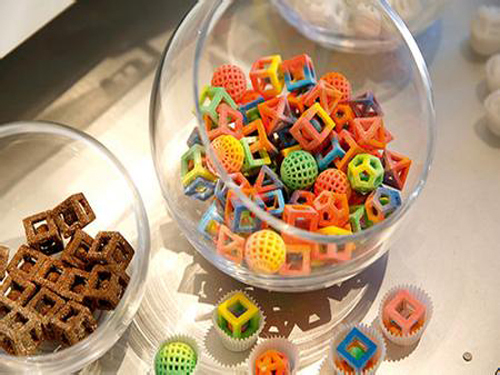 A spokesperson for the company explained: "What's happening inside this machine is that a thin layer of sugar is spread out, and inkjet print heads and water are used to paint on top of the sugar, allowing the sugar to recrystallize and harden. Form a 3D printed object."

The printer even carries a digital recipe that can inject flavors such as chocolate, cherry, mint, sour apple, vanilla, and watermelon into geometric shapes.

ChefJet is not the only 3D food printer under development. It is reported that the European food company Baiweilai is developing its own 3D pizza printer.